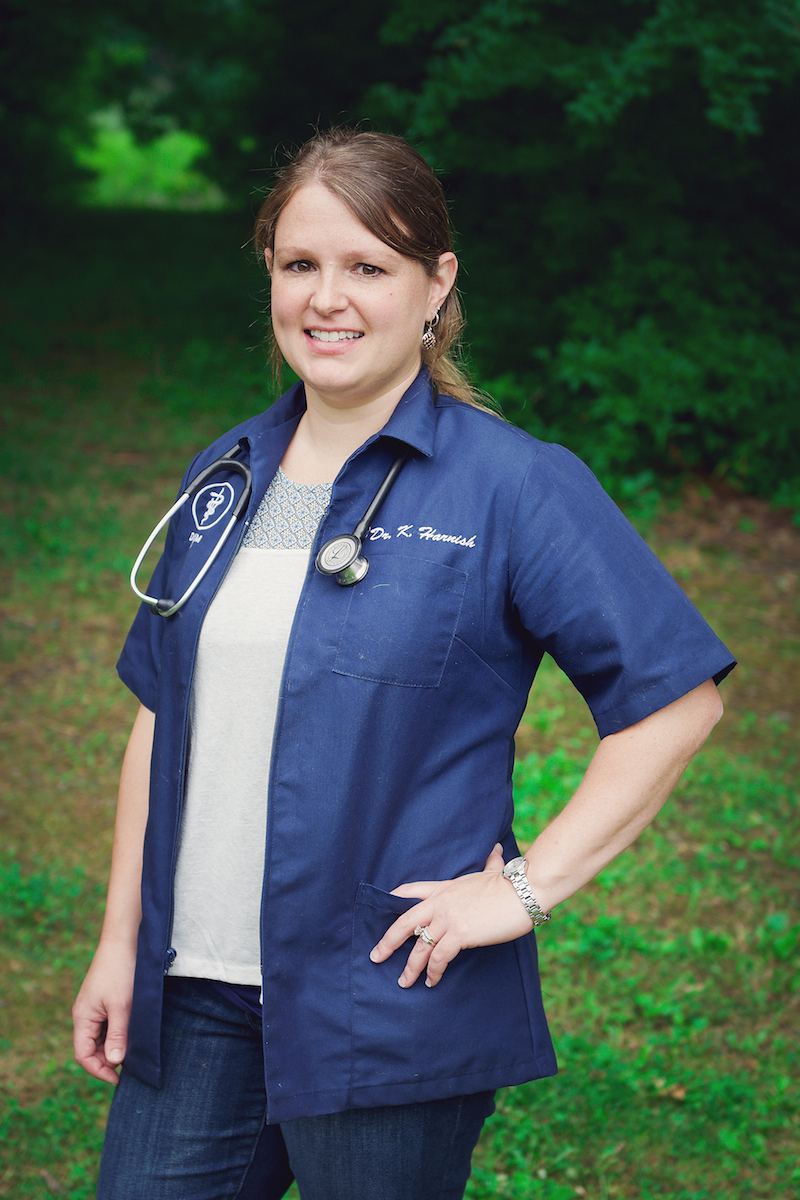 Dr. Kate Harnish is a 2002 graduate of Mahanoy Area High School and a 2006 graduate of Temple University. Dr. Harnish spent three years in Grenada, West Indies and her fourth and final year at the ​University of Pennsylvania studying veterinary medicine. She graduated Magna Cum Laude from St. George’s University School of Veterinary Medicine in 2010. She remains a member of Phi Zeta International Veterinarian Honor Society, PVMA, AAHA, and AVMA. Dr. Harnish was the recipient of the Public Award of Merit in 2014 from PVMA. Dr. Harnish strives for better preventative care to enhance the lives of companion animals. Some of her hobbies include traveling and auctioning. 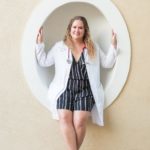 Heather is a 2002 graduate of Line Mountain High School and continued her education at National K-9 in Ohio to receive her certification in dog training. Heather also completed a program through U.S. Career Institute to receive a certificate as a veterinary assistant. When Heather isn’t at the desk, she holds puppy classes, basic training classes and agility on our premises. Along with her husband, Heather lives happily with her twin boys, daughter and son. She has 4 dogs, cats, chickens and pet pigs. “I always have a smile on my face :)”

Liz is a 2013 graduate from North Schuylkill Jr./Sr. High School. She has 2 cats, Jane and Lucy, a frog named, Scuba and a hermit crab. She  has 3 boston terriers, and  a boxer. She also has 2 sons, Brayden and Brantley. She is a graduate of the  veterinary technician program at York Technical Institute. She loves the outdoors!!

She is a 2006 graduate of Cardinal Brennan Jr/Sr high school. She went on to acquire here CNA and also have experience as a receptionist. She currently has a lovable dog named, Magnum. Corrin enjoys the outdoors and spending time with family. She is hoping to learn more about veterinary medicine and her role at Anthracite.

Sarah is a graduate of Shamokin Area in 2010. She received her grooming certification through the Animal Behavior College in 2016. Sarah has over 8 years experience with working in the animal profession. She has First Aid and CPR certification for large and small animals. She worked for the PASPCA. and held many responsibilities supervising and rehabilitating horses and other livestock. She currently lives with her husband, Christian, 8 dogs, Daisy, Lincoln, Zyla, Gilbert, Lenny, Butters, Ruben and Mabel and 7 crazy cats. She enjoys horseback riding, music festivals, and being with family and friends.

Tracy has been surrounded by animals her whole life! She had previously worked as a veterinary technician for 31 years, with large and small animals. She currently owns several dogs, cats, horses, miniature horses, miniature cows, goats, pigs, chickens, geese and rabbits. “I can’t imagine my life without animals.”

Brianna is a 2015 graduate of Shamokin Area. She recently received a Bachelors of Science Animal 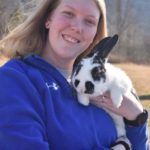 studies degree from Wilson College. Brianna has always had a passion for helping animals. She currently has no pets of her own, although she helps take care of her family pets, in which are two guinea pigs, a rabbit, turtle, dwarf hamster, and a spoiled dog named Luna. Brianna recently got engaged to her fiance, Christian at the end of her senior college soccer game. In her spare time she enjoys spending time with family and friends and staying active by going hiking and enjoying the outdoors. She looks forward to learning more about the boarding/grooming aspects of Anthracite in hopes of one day opening a kennel of her own.